You are here: Home » Blog » Not Letting Go Can Hurt 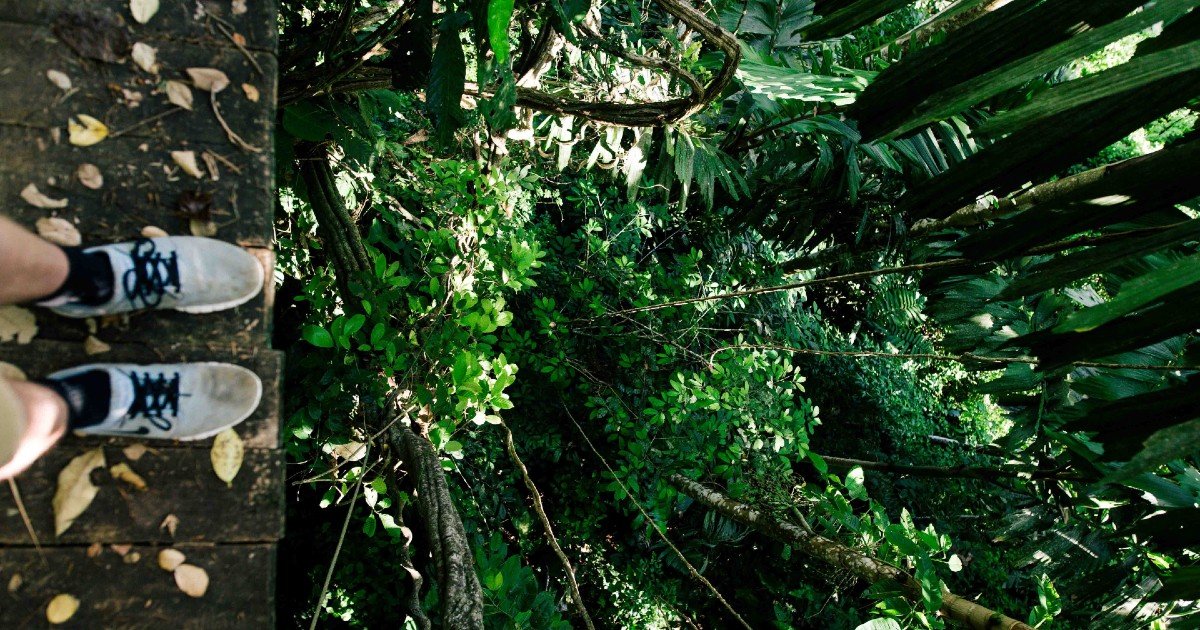 “The moment before letting go is often when we grip the hardest.” – Cory Muscara

Years ago, I found myself standing on the edge of a cliff with my daughter’s best friend who I love like my own child. Both her family and mine had already gone over the cliff and were out of their rappelling ropes and helmets. In my imagination they were eating mango slices and sharing pina coladas from a thermos while the two of us stared at each other in panic and dread.

In our defense, we had told the tour operator that we had no intention of rappelling off anything, that we would hike down the hill instead. Our announcement was met with a nod and a smile by an employee who (lucky for him) did not join us on our excursion. So, there we stood, not at all believing our guide’s statement that the hike down was much more dangerous than the ridiculously frightening thing we were told we needed to do – and needed to do now.

Somewhere beneath the deafening roar of fear in my head, a part of me understood that, as the only adult left on the cliff, I was going to need to go first to prove to her that she was and would be safe. I stepped into the harness, allowed the guide to buckle me to the rope, and then – very slowly – followed his instruction to step backwards to the edge of the cliff.

Gripping or clinging can make you feel safer

I suggested that I would inch my way down the cliff, clinging to the rope and the rock wall, but was instructed my plan that was a recipe for disaster. To arrive at the bottom unscathed, I apparently needed to push off and swing out into the air, allowing the rope to play out as I swung back toward the wall, where I would avert a full-on collision with my feet.

This is when I understood that every tried and tested survival skill in my “stay safe arsenal” – baby steps, taking it slow, hanging on tight – was useless. I was going to have to do a thing that felt even more impossible than rappelling – I needed to let go.

Not letting go can hurt

I crept over the edge and peered up at my daughter’s friend. As I was saying, “It’s going to be fine,” I feebly pushed off and almost immediately smashed into the wall. My instinctive “systems check” revealed three things: first, that I was mostly fine, second, that I did not want to crash into the cliff again, and, third, that I was still gripping (as hard as one can grip) to an illusion of safety. The only way out of this was to let go with the same commitment as I was currently clinging.

Clinging is second nature and can be hard to notice

My experience on that cliff was a visceral lesson in the risk of clinging, the necessity of letting go, and that counterintuitive human tendency to grip even harder just before we finally do. It is this tendency to grip harder the moment before letting go that I’d like to explore because, while we may not be able to sense when we’re clinging, we can always feel this last gasp of resistance.

All of us have experience with habitual clinging or gripping. If you don’t trust me, trust the ancient yogis who, thousands of years ago, identified clinging as one of the five causes of human suffering. Clinging seems to be a built-in way of being for us. We cling to what we want and what we don’t want. We cling to our way of getting what we want and our way of avoiding what we don’t want.

Underneath all clinging is fear

When you dig deep into the impulse to cling you always find fear. We cling to what we have because we are afraid of not having it anymore. Yes, on that cliff I was clinging to safety. But it was my clinging to my plans to get down another way that really froze me. Even when I acquiesced to life’s plan that I would be rappelling, I did not go all in. I was still clinging to what I did not want when I made my feeble, first attempt at pushing off. My crash into the wall of the cliff was the result of clinging.

“Last-gasp” clinging can wake you up if you let it

For me, who may be a little extra hard-wired to grip hardest just before I let go, that crash landing was necessary to convince me that it was time to truly let go. But we don’t all need to smash into a cliff wall to recognize that we’ve gripped down even harder than usual. In fact, last-gasp gripping or clinging is a sensation that is almost impossible to miss – it feels rigid, hard-edged, small, tight, and uncomfortable. In other words, it feels like suffering. These sensations can serve as alarms designed to wake us (even hold outs like me!) up to our clinging and, even more importantly, to the crash landing that is in our future if we don’t let go.

Letting go can be hard and scary, but is always less painful than clinging

Letting go can be scary and often less than graceful. (See for example my clumsy, somewhat painful trip down that cliff wall.) But letting go is absolutely necessary to a life well lived. Being stuck – on a cliff or otherwise – is not the way we are meant to live. We can’t grow and change and become the people we yearn to be if we’re clinging to where, and what, and who we already are.

While I hope your letting go goes better than mine did that long ago day, I hope you can trust that even the clumsiest attempt to do so is a step away from stuck-ness and a step closer to freedom and fulfillment.

If you, like me, need some help to notice when you’re clinging, spiritual practices can help you inch closer to seeing yourself clearly. Yoga, meditation, journaling, and spiritual direction can all help you get more graceful at letting go.