You are here: Home » Blog » How to Avoid Big, Messy, Destructive Reactions 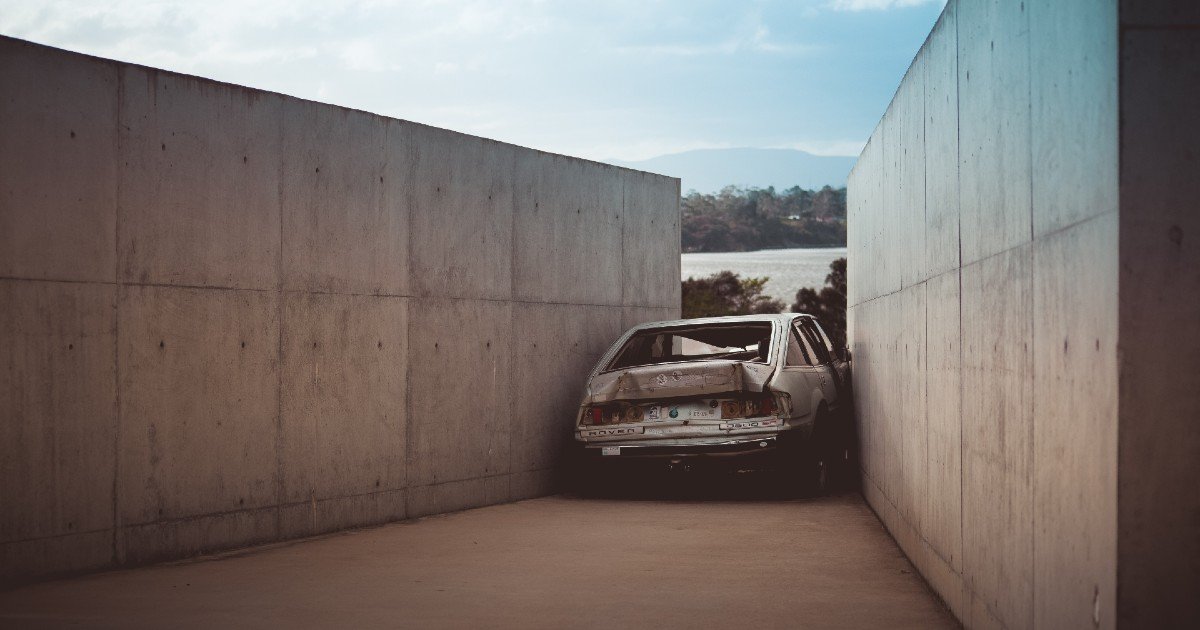 So, a truck drove into a bridge …

We are fortunate to live across the street from an entrance to our town’s walking trail – a “rails to trails” project. Locals don’t even notice the lower than usual bridges scattered around town that are left over from the now-defunct commuter railroad. Periodically, however, delivery trucks “notice” these bridges in a dramatic way – by getting stuck beneath them.

Recently this happened beneath the bridge over our street and the driver’s reaction created a swath of chaos. Rather than putting his truck in reverse and slowly backing away from the bridge to the closest intersection, he decided to turn around in the middle of our fairly narrow two-lane road. The deep ruts in our neighbor’s lawn and three mangled sections of wrought iron fence across the street indicate that his erstwhile “K” turn clearly became more of a 15-point-star-turn. This was a big, messy, destructive reaction!

Reactions (even the messy ones) are part of being human

While I have never damaged so much property with a reaction, I have had plenty of big, messy, metaphorically destructive reactions of my own. I’m sure you have too. After all, reactions are human. Messy ones are a common phenomenon (and have been for millennia). We know this because they are part of what our ancient teachers were trying to help their students manage.

The messiest reactions result when we misunderstand our available options

In the opening verses of the Yoga Sutras of Patanjali we learn that the aim of yoga is to still our mind’s fluctuations (vritti) (YS 1.2) and that these fluctuations are motivated by pain and pleasure (YS 1.5). Patanjali goes on to explain that there are five kinds of fluctuations of the mind (YS 1.6) and that the second, misconception (viparyaya) is the state of mind in which we spend most of our time. Patanjali says that in a state of misconception our mind perceives our situation through the senses or intuition, but that this perception is distorted. (YS 1.8)

It was in a state of “misconception” that the truck driver wreaked havoc on our street. While he did not pause in his panic to tell me everything he was thinking, when I saw him with the irate owner of the mangled fence, he looked frazzled and stricken. He was turned slightly away from her, cell phone to his ear, listening to (I presume) his boss with a pained expression on his face. His suffering was visceral.

Let’s look at this truck wreck through yoga’s lens

Let’s use yoga’s lens to break down the sequence of events precipitated by his collision with the bridge. In less than an instant his mind realizes what has happened – he has had a collision. In a lightning fast series of mental acrobatics, he perceives his situation and decides he must retreat from the bridge.

So far (mind you, it has probably been less than a second since his collision), he is spot on in his assessment of what’s going on – in yoga’s terms, he is still functioning in right or valid conception (pramana). He veers off track when his emotions – probably a healthy dose of fear – take charge and distort his perception of his available options.

At this moment, the driver has fallen prey to what Patanjali calls the human condition – distraction. What is he distracted from? Clear understanding of his situation. What has distracted him? Mental and physical distress stemming from his accident. (See YS 1.30-31) What results from his distraction? A big, messy, destructive reaction.

A huge gift of an established yoga practice is the ability to recognize that you’re having a reaction. This self-awareness (whether of your emotional or physical state, or both) allows you to take a breath. To create a little space (truly, even the smidgiest of smidges of space is effective) between your reaction and your response. This pause allows your practice to eject your reaction from the driver’s seat of your decision – allowing an extra instant to reassess your choices from a clear, slightly more stable perspective. This breath, in other words, is your gateway from misconception back to right conception.

What could this have looked like in the “real world?”

Had the driver been a yogi who was on his game (it’s not possible to always be on your game, by the way) he might have breathed through the very human and expected panic at driving his company’s truck into a bridge. He might have put on his hazard lights and gotten out of the cab to assess his situation. The fresh air might have helped further the calm he had created with the deep breaths.

At that point, by avoiding succumbing to panic, his list of available options would have grown quite a lot. Rather than perceiving only that he had to “get out of here NOW,” he would have many choices to consider – among them, calling his boss, looking back down the street to notice the intersection, and weighing the feasibility of turning around or backing up. Lawn and fences might still be in good shape.

By the way, yogis still have accidents

Please note, even had the driver been a yogi on his game he still might have collided with the bridge. A yoga practice doesn’t smooth life’s bumps and bruises or make you perfect. But, with steady practice, yoga can help us minimize the messes we make ourselves as we navigate life’s sometimes bumpy roads. And that, my friends, makes life a lot more pleasant for you – and for the innocent bystanders around you.

If you’re interested in learning more about real-life applications of ancient yoga philosophy, check out the recording of my class “Demystifying the Yoga Sutras” or reach out to study with me one-on-one.