You are here: Home » Blog » Creating Connection Across Divisions 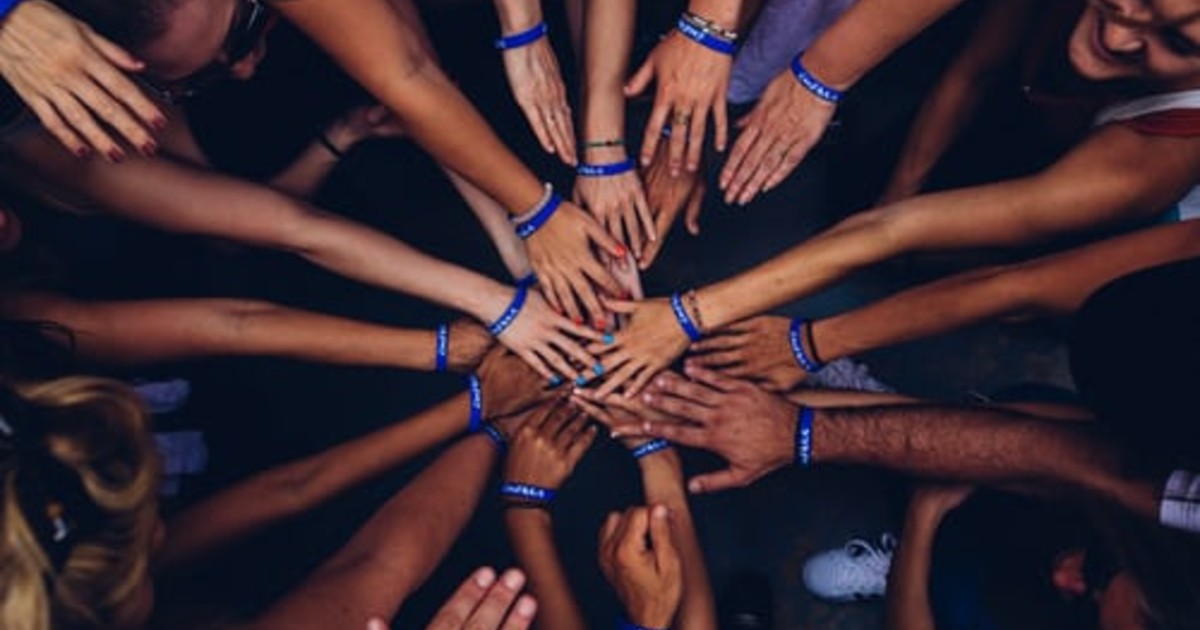 I saw him coming from the end of the street. A small boy, maybe 9 or 10 years old, walking a huge chocolate lab. As we approached one another, I wondered if he was aware of the pandemic “dance” – when two walkers do a little long-distance tango to determine who will cross to the other side of the street. I wondered, as well, if he would be able to control his dog, who appeared to outweigh him by 50 pounds or so.

Moments after I steered my two dogs to the other side of the street, he did the same. I sighed and headed back to the opposite side. We got close enough to speak to one another and I called out, “Good morning!” He dropped his head and shrugged.

As we got even closer to each other, he stopped walking and patted his dog on the back. While she didn’t stop gazing hopefully at my two, I watched her lean into her boy. This made me smile (it turns out that watching a dog hug her person is almost as nice as being hugged by your own dog), but he wouldn’t catch my eye.

Determined to connect, I tried one more time. “That’s a good dog you’ve got there.” The boy’s head snapped up, he looked me right in the eye and beamed. “Thanks.”

I’d managed to say exactly the right thing. I, clearly a fellow fan of dogs, had spoken directly into his heart. By connecting via a shared love, all our differences fell away.

Even though circumstances forced us to opposite sides of the street, in that moment, rather than feeling divided and different – he a small boy, me a fully grown woman; he a child, me a mother; he with so much to learn about life and the world and the people that fill it, me holding on tight to optimism, hope and love in the face of a world that feels like it’s spinning off its axis – we connected.

His smile brightened the rest of my walk. While I had spent the previous half hour feeling more than a little helpless as I sadly pondering the divisions, pain and fear that have erupted again in our country, connecting with this small boy changed me. Somehow our encounter shifted my outlook entirely.

What if we each approached one another with the intention to connect? With the certainty that we could find a shared love if we looked closely enough? What if we reached out across fear and differences and even physical distance to meet each other with kindness and the wish to part ways each feeling better than when we met?

In the world of yoga, it is tradition to end class by greeting each other with the word “Namaste.” A particularly fitting translation of the Sanskrit word reads:

My soul honors your soul. I honor the place in you where the entire universe resides. I honor the light, love, truth, beauty and peace within you, because it is also within me. In sharing these things we are united, we are the same, we are one.

What if, even when finding similarity seems far-fetched or even impossible, we could greet one another as we do at the end of a yoga class? Because, at the end of the day, young or old, boy or woman, learning or learned, companion of one old brown dog or two rambunctious white ones, we are loved and we are filled with love.

If you, like me and many I know, are feeling sad and a little helpless in the face of the painful events sweeping the United States, please consider reaching out for a spiritual direction session or to join one of our classes for some time spent in contemplation and community with fellow seekers.