You are here: Home » Blog » Change of Plans 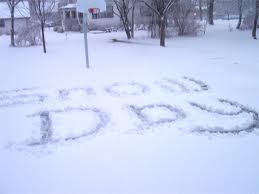 [mk_blockquote style=”quote-style” font_family=”none” text_size=”14″ align=”left”]We must be willing to let go of the life we planned so as to have the life that is waiting for us. – Joseph Campbell[/mk_blockquote]

Monday got off to a fine start. The kids were on time. Traffic was minimal. I was on my mat in time to practice before my first class. Everything was going smoothly until cell phones started going haywire during my 9:00 yoga class. After hers erupted for a third time, one student finally broke with protocol and checked her phone. With a quizzical look, she said, “School’s letting out at noon?” Puzzled, I actually opened the studio door to find a dry driveway and relatively blue sky. Clearly, this was a coming snowstorm and not a current one.

That afternoon was a churning sea of changed plans – appointments were moved and lessons cancelled as people and businesses were sucked into the weather-related frenzy. I struggled valiantly to maintain some sense of order – squeezing my last client of the day in between a shifted physical therapy session for one child and taking another to a friend’s house. I nearly lost it, however, when I received an email from the church announcing that they were closing in advance of the storm and all events were cancelled. I was holding a meeting that absolutely, without fail, had to happen as one of our attendees had flown in from South Carolina. I took a big breath, dug deep for my last vestige of calm, and starting making calls to figure out a new venue.

By the time I went to bed on Monday night, though nary a flake had fallen, school had been cancelled for Tuesday. The forecast was still for 7-10 inches of heavy, wet snow falling through lunchtime, so I made the decadent decision not to set my alarm. I was fully in “snow day” mode – dreaming of pancakes and bacon, some good natured shoveling with my three kids, and an afternoon in front of the fire catching up on “Scandal.” Because Tuesdays are my busiest work day of the week, this was an especially rich treat. It was going to be a great day!

Tuesday morning I woke up to sun streaming in my bedroom window and nearly no snow on the ground. While this was a snow day for the kids, suddenly my day became yet another tremendous change of plans. To add insult to injury, not only was I running two hours behind schedule because I’d slept in, but I still had to shovel those pesky two inches of white stuff off the driveway before I could get started on my day. I took a big breath, dug deep for some inner peace, sent several texts confirming classes and appointments with clients and hit the ground running. (Sprinting, actually.)

By the time I went to bed on Tuesday night I was wiped out. I felt like I’d been swimming upstream for two straight days. I was frustrated at myself for feeling unfocused in a few of my classes. I was sad to have missed out on my imaginary snow day. I was frazzled from all the frantic rearranging. I wondered bleakly what the last two days could have been like if I’d just acquiesced to those nonsensical snow days rather than fighting to follow through on the days I’d planned.

On my yoga mat, I’ve gotten pretty good at acquiescing to changes of plans. I’ve had a lot of experience showing up thinking I’m going to work on one thing, only to discover that my body has something else entirely in mind. I’ll find as I begin to move that I’m surprisingly stiff or just feeling fatigued and suddenly my plans for a vigorous back-bending practice go out the window. Because I’ve learned on my mat that resistance is not only futile, but a really good way to hurt myself, I shift gears pretty easily, knowing that I can always explore those backbends another day.

So what’s up? If I can rather gracefully let go of my plans on my mat in order to have the practice that is waiting for me, what’s keeping me from doing the same in my life? If yoga weren’t such a very important part of my life, I’d say, “Well, it’s just yoga. Of course it’s easy to roll with whatever happens on my mat.” And, to a certain extent, I’d be right. It is just yoga. The world is not going to end if backbends are not done often and well on that particular day. What matters is that I practice, not what I do while I practice.

That’s worth saying again. It’s that I practice and not what I do while I practice – backbends or twists or some crazy upside-down maneuver – that is why my practice is important to me. It’s the “time out” to be alone with myself. It’s the reminder that my body and my breath are just as important as my brain. It’s the space I give myself away from the demands of the rest of my day. It’s the quiet within which my priorities become a little clearer, within which I glimpse the woman I want to be, and within which I feel and express my deep faith in a power far greater than me. Plans fulfilled or plans changed, all of this happens no matter what happens on my mat.

How do I regain perspective? First, I practice yoga! (You knew I was going to say that, right?) Second, I choose to learn from my mistakes rather than to dwell on them. Third, I gratefully receive the message from my bleak reaction to the way I handled this week’s snow days. Working more was not what I yearned for. What I yearned for was some down time with my kids. Fourth, I rejoice in the fact that I can have that tonight and tomorrow and this weekend … because life is full of chances to try again. And when I try again, I almost always do a little bit better.