You are here: Home » Blog » Be Good To Yourself 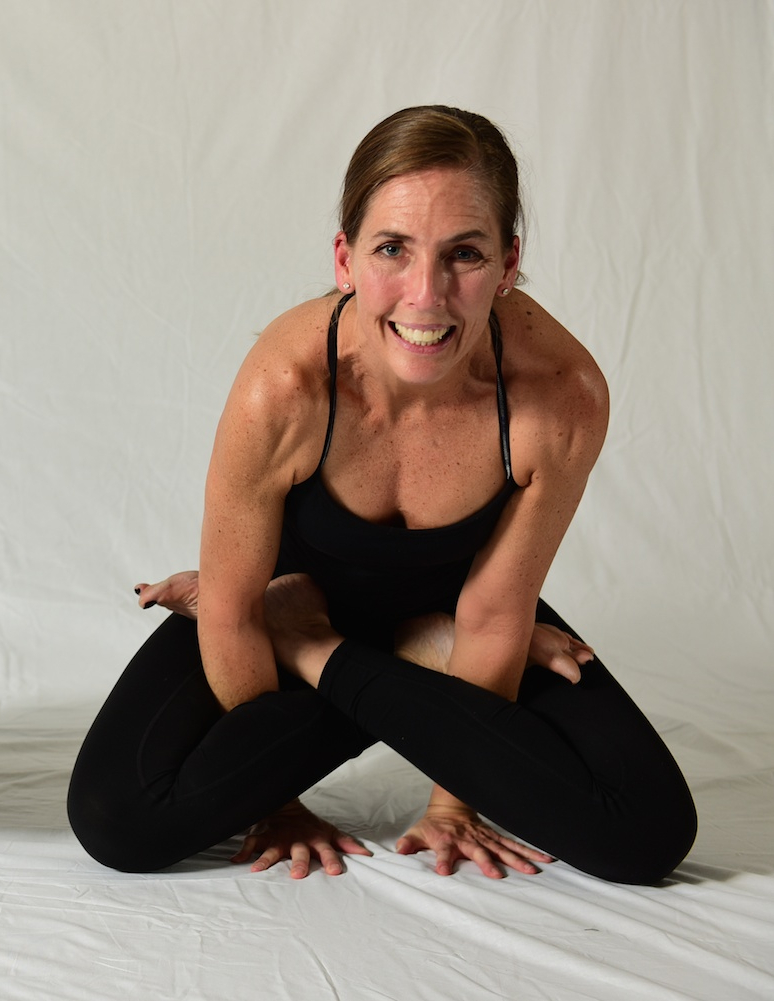 The student smoothly folded her legs into lotus position, pausing to make sure her heels were tucked as snugly into her body as possible. She slipped her arms through her legs and pressed her hands to her head. After five breaths folded into what looked like a piece of origami, she rolled onto her back and began to spin in a circle. As planned, she was facing the top of her mat again on her ninth breath. This was embryo pose, after all, and to arrive before the ninth breath would be “premature.” Her ability to measure the arc of her rotation was evidence of the many times she’d practiced this maneuver.

Having arrived where she began, she took another inhalation and rocked up to balance on her hands. But she missed and wound up plunking back onto her seat. Another try. Another miss. And another. Her teacher gave a loud, frustrated sigh and said, rather aggressively, “Come ON. What is your problem?” The student clenched her jaw, gritted her teeth, and tried again. While she managed to lift herself up into the hand balance and hold herself there for five breaths, there was no celebration of her success on her face. All she could think of, thanks to her teacher’s commentary, was her three failed attempts.

Doesn’t sound like a class the student would be returning to in any hurry, does it? I mean, I certainly would never treat a student like that. My job is not to belittle my students’ efforts. No good can come of that. My job is to encourage, to guide and to point out things my students are doing right. Yes, my job is also to correct. But the chances of my corrections being heard and implemented are much higher if my students are feeling good about themselves, feeling optimistic about their practices, feeling strong and capable and (just a little bit) proud. In a mindset like that, anything is possible. And, I’ve found that when people believe anything is possible, some pretty amazing things happen.

Given that her behavior had absolutely nothing in common with the way I strive to teach, I’m not proud to admit that the teacher of this poor student was actually me. Fortunately for my business, but unfortunately for my psyche, so was the student.

Curiously, how good we are at doing yoga – how bendy, how balanced, how strong – doesn’t affect how good yoga is for us. Yoga meets us where we are and delivers its gifts. In fact, I often say to my students that the only way to not receive yoga’s gifts is to not unroll your mat. And that’s also the only way to be bad at yoga. Whether you get into a posture on your first try or your third try or not at all that day, doesn’t affect whether or not the posture (or the act of trying the posture) is good for you. The simple act of practicing is all that matters. No matter what happens while you’re on it, getting on your mat is good for you. It’s an act of self-care. It’s an act of being good to yourself.

If we’re harsh with ourselves while we’re taking care of ourselves, it kind of defeats the purpose of the practice. If the way we talk to ourselves serves to deflate rather than to build up our belief in our potential, our words and our actions are working against one another. If we are mean and critical to ourselves as we work hard and try new things, it’s going to be much harder for us to stay positive, hopeful and open to the possibility of growth and change. During the practice I described above, I suspect that almost everything went smoothly. But, honestly, the only thing I remember with any clarity is the posture that I missed.

This is, in no small part, due to the way I spoke to myself that morning. Had I focused my inner commentary on all that I had done right, on all that had gone well, I suspect I would have been more light-hearted (and perhaps lighter in my movements) in my attempts at embryo pose. Had my inner teacher made a helpful suggestion rather than heaving that exasperated sigh, I suspect my second and third attempts could have been more fruitful. Had the narrative in my mind been kinder and gentler, I suspect I would have smiled at my success and probably have forgotten about my missed attempts by the time I rolled up out of savasana.

Being mean to ourselves is not good for us.

In short, the way we speak to ourselves matters. It affects more than our mood in the moment. A harsh inner voice can dampen our outlook and squelch our belief in our own potential and possibility. The next time you notice that you’re treating yourself poorly, resist the impulse to be harsh to yourself about your own harshness. (It happens.) Pause for a moment and search for something nice to notice – something you did well or something that went well enough that you can see a glimmer of what could be. It could be that you just pat yourself on the back for trying. Then, once you’re bolstered with that kindness, you can turn your awareness to something you could tweak or change to improve your results.

I’m willing to bet that, once you’re feeling good about yourself and believe again that anything is possible, something pretty amazing will happen.